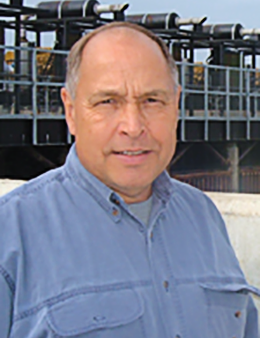 “We now have the numbers,” researchers say of groundbreaking study.

The University of Maryland’s A. James Clark School of Engineering ranks #11 among the country’s public universities in U.S. News & World Report 2022-23 Best Colleges rankings, rising one spot from #12 in 2022.

UMD professor is renowned for her work on organic pollutants.

A grant from The Lemelson Foundation will accelerate environmentally and socially responsible engineering through innovation in undergraduate curricula.

An interview with the inaugural Clark Distinguished Chair and MTI faculty affiliate.

Maria Rodriguez is working to obtain data that is needed for recovery and reforestation efforts.

The Clark School joins forces with a Maryland farmer to reduce nutrient pollution to the bay.

incenTrip uses predictive modeling and real-time information to reduce congestion and energy use.

Torero is one of five expert witnesses called by the Inquiry last fall.

Marccus Hendricks is an assistant professor in the School of Architecture, Planning, and Preservation.

Faculty, staff, and students gave more than 50 presentations during the four-day event.

The two-day event was attended by more than 300 professionals.

University of Maryland to Host Project Management Day of Service

Study outlines best practices for the development of a national resilience scorecard.

Galloway, Link featured in article, “A Flood Wall against the Future: If Katrina Came to Washington.”

Research in "“Systems, Methods, Devices, And Computer Program Products For Control And Performance Prediction In Wireless Networks” is patented.

The A. James Clark School of Engineering will host a transportation technologies open house Thursday, Aug. 28.

Veronica Davis is Being Honored as a Champion of Change

Veronica Davis is being honored as a Champion of Change for her time and effort developing innovative ways to help grow and expand the transportation industry.

Can't attend on May 21? View ceremony on web or on mobile devices.

The event will be held at the UMUC Inn and Conference Center on campus.

Philip Tarnoff offers recommendation for improved management of HRBT and gets media coverage.

This overhaul was part of the university’s new strategic plan, and the new courses are intended to serve as the visible “signature” of the new curriculum.

Dr. Galloway is quoted in an article about recent Atlanta flooding.

Dr. Gerry Galloway participated in a panel discussion about the recent flooding in North Dakota and Minnesota.

Dr. Gerry Galloway interviewed as an expert on the future of flood control strategies by Government Technology online.

CATT’s John Binks and Michael Pack are featured in Between the Columns, UM’s community publication.

CEE’s Dr. Allen Davis has been appointed to the BayStat Program, which was established by Governor Martin O'Malley.

CEE student and UM Baseball Team member Kevin Biringer was one of eight students honored at Shipley Field on May 11, 2008.

The invention, which is called an "autonomous swimming cargo container," has been granted a US patent.

Dr. Galloway Spoke at the New Sustainablity of the Gulf Coast Forum

The purpose of the new program is to ensure a stronger voice for the region through dialogue among representatives of government, industry, and NGOs.

The article titled, "If The Levees Fail In California..." discusses the sub-par condition of the levees from San Francisco to Sacramento, CA.

Dr. Christopher Davis And Dr. Stuart Milner Received A 3-year NSF Grant In The Amount Of $269,967

Dr. Ed Link is a Candidate for ENR Individual Award of Excellence

It is the magazine’s highest honor, which will be presented in New York on March 28.

Project presentation by the students in ENCE 301 class

Michael Pack And Philip Tarnoff From CATT On ABC 7

U.S. DOE has announced that it will fund NRMCA’s research proposal.

Dr. Deborah Goodings to be one of the judges in World Bank competition

Dr. Deborah Goodings to be a member of the jury for a World Bank competition called, "Innovations in Water, Sanitation, and Energy Services for Poor People."

This is our blurb.