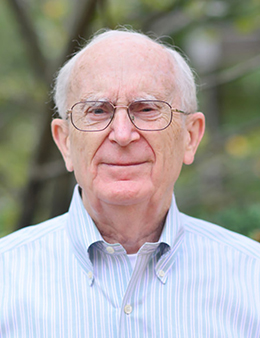 The meeting was part of the Department of State's International Visitor Leadership Program.

The group is charged with identifying effective ways to measure the resilience of a community to natural hazards and other disruptions.

CEE research professor and disaster resilience expert honored for commitment to the protection and conservation of natural resources.

“It Only Takes One Storm,” Caution UMD Disaster Resilience Experts

Galloway Weighs in on Climate-Related Risks to Mississippi River

Dr. Gerald Galloway was invited to participate in a special US Navy-Center for Naval Analyses-Johns Hopkins Symposium

Dr. Gerry Galloway speaks on a myriad of topics in this podcast.

Dr. Galloway to serve on the Louisiana Governor's Advisory Commission on Coastal Protection, Restoration and Conservation.

The Board of Directors of the National Academy of Public Administration (NAPA)name Dr. Gerry Galloway as a 2008 Fellow-Elect.

Dr. Gerald Galloway talks about the flood in the midwest.

CEE's Dr. Gerald Galloway interviewed about the levees along the Mississipi.

The Expert Group will assist WWAP in overseeing the preparation of the Third Edition of United Nations World Water Development Report (WWDR).

The forum was on "Every Engineer's Duty — What Tragedy Has Taught Us About Professionalism, Ethics, Leadership and Public Safety"

Severe drought conditions in several southern states and in large areas of the west are raising concerns about possible water shortages.

Dr. Gerald Galloway is the president of the American Water Resources Association and a civil engineering professor at the University of Maryland.

The hearing was held on May 16, 2007 at Capitol Hill on Global Climate Change issue

Galloway, a professor at the UMD who served as brigadier general with the Army Corps of Engineers, says a national flood policy is long overdue

List of media and related activities in which Dr. Galloway has been cited/quoted

Dr. Gerald E. Galloway was elected as an Honorary Member of ASCE.

Civil engineering professor honored for contributions to the profession.