According to a recent U.S. Department of Transportation National Bridge Inventory database report, just under 6 percent of Maryland's 5,305 bridges are considered structurally deficient.

While this number may be jarring to the countless drivers who commute through the Free State each day, it pales in comparison to states like Rhode Island and Pennsylvania, where more than 20 percent of bridges are considered structurally deficient.

A bridge is considered structurally deficient based on its condition and appraisal ratings, according to University of Maryland Department of Civil and Environmental Engineering Research Professor Chung C. Fu, P.E. Fu is also director of the Bridge Engineering Software and Technology (BEST) Center, housed within UMD's A. James Clark School of Engineering.

"Structural deficiencies are determined by poor condition ratings or from low load ratings," Fu said. "Bridges are considered structurally deficient if significant load-carrying elements are found to be in poor or worse condition due to deterioration or damage."

As common practice to keep structurally deficient bridges in service, the State Highway Administration often posts weight limits to restrict the gross weight of vehicles using the bridges to less than the maximum weight typically allowed by statute, Fu said.

"With hands-on inspection and field testing, unsafe conditions may be identified and, if a bridge is determined to be unsafe, the structure must be closed," Fu said.

In the meantime, according to American Road & Transportation Builders Association (ARTBA) analysis of the DOT report, “cars, trucks and school buses cross Maryland’s 317 structurally compromised bridges 4.1 million times every day.” In a press release issued last week, ARTBA noted that the most heavily traveled structurally deficient bridges in Maryland are on the Interstate Highway System.

As such, the ARTBA and DOT reports underscore the fact that federal highway and transit funding are set to expire May 31, absent congressional action. As has been the case, many states are challenged to confront bridge safety issues under tight budget constraints.

Adding another layer to the challenge is the current rate of the federal gas tax – a major funding mechanism for the Highway Trust Fund, which holds the purse strings for highway and bridge maintenance. For more than two decades, the federal gas tax rate has held steady, even as environmentally driven consumers are opting for eco-friendly cars or other modes of transportation, and are thereby purchasing less and less gas.

"One of the challenges to the funding issue is the fact that modern cars are more fuel-efficient than older cars,” said Mark Franz, Assistant Director of Outreach and Technology Transfer for the National Transportation Center at the University of Maryland. "From an environmental perspective, fuel-efficient cars are obviously a great thing. But, if people are not buying as much gas nowadays, they might not be contributing their share of the cost toward the system they’re using. If more and more drivers are going home and plugging in their cars overnight, those drivers are essentially using roads without contributing direct funding for those roads."

But, while everyday consumers may purchase less fuel than in years past, consumer behavior remains a factor behind the deterioration of some of the nation’s most heavily traveled roadways and bridges.

As Americans continue to take on lengthy commutes to work, the burden on highways, bridges and even local roads increases. Additionally, while the popularity of online shopping has reduced the need for consumers to drive to and from local stores, it has, in turn, increased demand for the transport of goods by freight vehicles. And, according to a recent DOT report titled, Beyond Traffic 2045: Trends and Choices, in 2012, trucks moved 13.2 billion tons of freight throughout the U.S. – compared to second-place rail transport, which accounted for just 2 billion tons of freight the same year.

"When you think about what is contributing most to wear and tear on the roads, freight vehicles prove costly," Franz said. "The irony is, in many ways, the Highway Trust Fund counts on everyday travelers to use those same roadways so that more dollars will funnel in via the state and federal gas taxes to help fund both road and bridge maintenance."

While incidents – like the February case of fallen concrete from the I-495-Suitland Bridge in Prince George’s County, Md. – have directed a spotlight onto highway maintenance issues, for many directly impacted by bridges or roadways in question, the hope is such instances will drive government to direct more funding to support road and bridge maintenance and repair projects.

Highway and bridge construction funds are a mix of state and federal dollars, Fu noted.  At the federal level, the Highway Trust Fund is the main source of support; however, there has not been an increase in the tax on gasoline since 1994.

In fact, the federal Highway Trust Fund ran dry in 2008 and again in 2015, and had to be subsidized by Congress, Fu said.

"The difference between the funds available and the system’s needs represents the funding gap," Fu said. "The only other source available is the state funding. Lack of state resources to fill any gap in federal funding is a cause for concern because it would cripple road and bridge construction in Maryland.

"Bridges are aging year by year," he continued. "The average age of Maryland state bridges is about 50 years old. As bridges age, their abilities to handle the loads they are designed for are gradually reduced. As a result, some bridges have to be posted with weight restrictions and then more bridges are put into the deficient bridge category. With an aging infrastructural system, shortage of funding would only increase needs in the future."

About the BEST Center

The University of Maryland Bridge Engineering Software and Technology (BEST) Center was established in 1986 to develop bridge-related technology and provide a mechanism whereby the bridge-oriented software developed for the Maryland State Highway Administration is made available on a commercial basis to other state design agencies and private consultants. To ensure that the services and software provided by the BEST Center are of demonstrable quality, and in order to avoid potential liability, the State of Maryland has provided substantial resources to support the commercialization process. The BEST Center has established a premiere quality development team and user base. Through bridge-related projects, including laboratory and on-site testing, the BEST Center has accumulated years of experience and knowledge related to bridges. For more information, visit www.best.umd.edu.

About the A. James Clark School of Engineering

The University of Maryland’s A. James Clark School of Engineering is a premier program, ranked among the top 20 in the world. Located just a few miles from Washington, D.C., the Clark School is at the center of a constellation of high-tech companies and federal laboratories, offering students and faculty access to unique professional opportunities.

Our broad spectrum of academic programs, including the world’s only accredited undergraduate fire protection engineering program, is complemented by a vibrant entrepreneurial ecosystem, early hands-on educational experiences, and participation in national and international competitions.

Safer Travels: How Civil Engineers are Working to Improve U.S.... 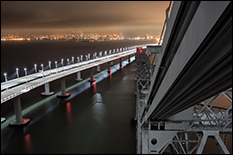 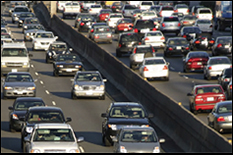