It’s a situation nearly every driver knows, and dreads.

The signal at an intersection changes to yellow, but you can neither stop comfortably nor beat the red light. Slam on the brakes, and you might get rear-ended. Continue on, and you might get caught by the red-light cameras---or, far worse, collide with drivers crossing in front of you.

Traffic management experts call it “the dilemma zone,” and it’s responsible for many intersection accidents, says civil and environmental engineering professor Gang-Len Chang, who heads the Traffic Operations and Safety Lab at the University of Maryland’s A. James Clark School of Engineering. The problem is especially acute in suburban and rural areas, where speeds tend to be faster and highways often intersect with local side streets.

For more than ten years, Chang and his team have been working to devise smart control systems for reducing accident risks related to the dilemma zone—specifically, by configuring signals to respond dynamically to traffic with minimal hardware investment. First, Chang found a novel way to lower the risk of angled crashes caused by failure to stop for a red light with a dynamic extension of the intersection’s all-red phase. More recently, he has further turned his attention to reducing the likelihood of causing rear-end collisions at high-speed intersections.

Underlying his research for preventing the side-angle crash is the fact that modern-day, wide-range signal systems are capable of pulling in significant data about traffic at an intersection, including the speed of all vehicles within the sensor’s detection zone and their distance to the intersection stop line during any time in a signal cycle.

“If we detect that the car is traveling at a certain speed when the light turns yellow, then we know that the driver based on his/her approaching speed will not be able to stop,” Chang explains. “We can configure the signal to automatically delay the green light on the side street, so the cars and pedestrians don’t enter the intersection before it is safe. And we can do this dynamically, in response to the specific conditions---if there’s no speeding car, then there’s no delay in the green.”

Chang developed the system at the request of state highway authorities, following public outcry over a spate of accidents---including one in which three teens were killed when a speeding driver ran a red light. Implementation has been a success and the angled-crash prevention system has formally been deployed at three intersections. Now, with his latest research, he aims to extend the concept of dynamic signal design to address the other kind of “dilemma zone” hazard: sudden stops at a yellow light often result in a collision from behind.

In this case, Chang says, smart signals can either intelligently terminate the green phase at the safest time point or dynamically delay turning to yellow when they detect that a car or a platoon of vehicles is approaching too quickly. His team has already tested the concept and a demonstration is planned for June 2019; if successful, it will rank among traffic management “firsts” achieved in the state of Maryland. “It represents the first intelligent signal design in the traffic control field that can concurrently protect drivers from both rear-end collision and angled crash at high-speed intersections,” he notes.

Configuring signal design with traffic safety in mind represents something of a paradigm shift—historically, Chang says, signal design has mainly been geared towards minimizing delays due to traffic volume and the resulting congestion. “These days, concerns about safety have increased. Of course, tackling congestion remains a priority. But we’re seeing more interest in the use of advanced technologies to keep people safe on the roads.” 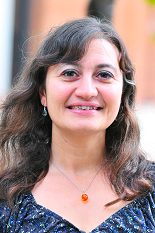