On June 1, 2014, Civil and Environmental Engineering (CEE) Assistant Professor and Deborah J. Goodings Professor in Engineering for Global Sustainability Barton Forman was named a recipient of a NASA New Investigator Award for his research developing methods to quantify global snow with greater accuracy than traditional techniques.

As the primary freshwater source for more than 1 billion people worldwide, snow serves as a virtual reservoir, providing large portions of the Northern Hemisphere – particularly Canada, Northern Europe, Russia, Afghanistan, Pakistan and parts of India – with water that is easy to capture for drinking, agriculture and industry. But, before researchers can determine best practices for preserving and managing snow as a viable resource for freshwater, they must first adopt a more accurate technique for measuring just how much snow exists worldwide, Forman said.

“Once we can figure out exactly how much snow exists in the world, we can start figuring out its movement and timing – when it melts and where – so that we can better plan for the future,” he said.

Recognizing this challenge, Forman is developing a technique to quantify snow using two unique sources of information derived from satellites: the Earth’s emission of microwave radiation and changes in the Earth’s gravitational field.

Similarly, changes in the Earth’s gravitational field can be measured from space, and this information reveals crucial details about the snow on the Earth’s surface, he said.

“As snow accumulates in the mountains, mass builds up that effectively changes the gravitational field of the Earth,” Forman said. “When the snow melts, the mass moves away, which again changes the Earth’s gravitational field. The measured signal from space can be used to infer the accumulation of mass – snow – and its subsequent runoff. By looking at changes from one year to the next, we can see drought and flood conditions based on an unusually small or unusually large gravitational signal, respectively. My research hopes to combine these two different sources of information – emitted microwaves and gravitational anomalies – with an advanced computer model of the Earth’s hydrologic cycle to provide a better estimate of the amount of global snow.” 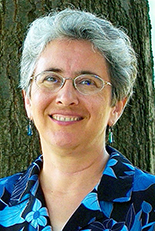 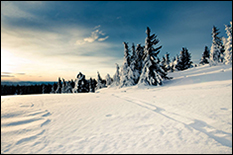 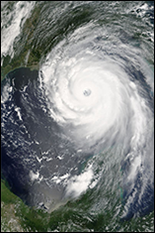