Researchers from several Japanese universities joined U.S. counterparts on November 1-2 at the University of Maryland’s (UMD) A. James Clark School of Engineering with the goal of laying out paths for collaboration in areas involving advanced technologies.

Ben Wu, special advisor to Maryland Governor Larry Hogan, Maryland Engineering’s Dean Samuel Graham, Jr., and Shuzaburo Takeda, special advisor to the University of Tsukuba and Nagoya University, welcomed participants to the event, which was being held for the first time since the COVID-19 pandemic. It also marked the first time that UMD has hosted this international workshop. Also Koji Aribayashi, Chief of Science section, Embassy of Japan welcomed the participants on behalf of the Japanese Ambassador. 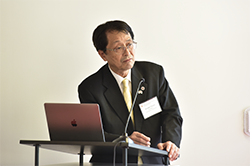 Kyosuke Nagata, president of Tsukuba University, was among the high-level university officials who attended the event. [Photo: Al Santos]

“We are in a strong position to advance collaboration across several cutting-edge fields,” said UMD Civil and Environmental Engineering Chair Nii Attoh-Okine. “We are acknowledged leaders in the use of location-based data for objectives that range from managing public health crises to improving transit networks. We’re also building up our capabilities in the area of railroad cybersecurity, a key component of critical infrastructure. In addition, UMD engineering is a leading hub for quantum-related research.” 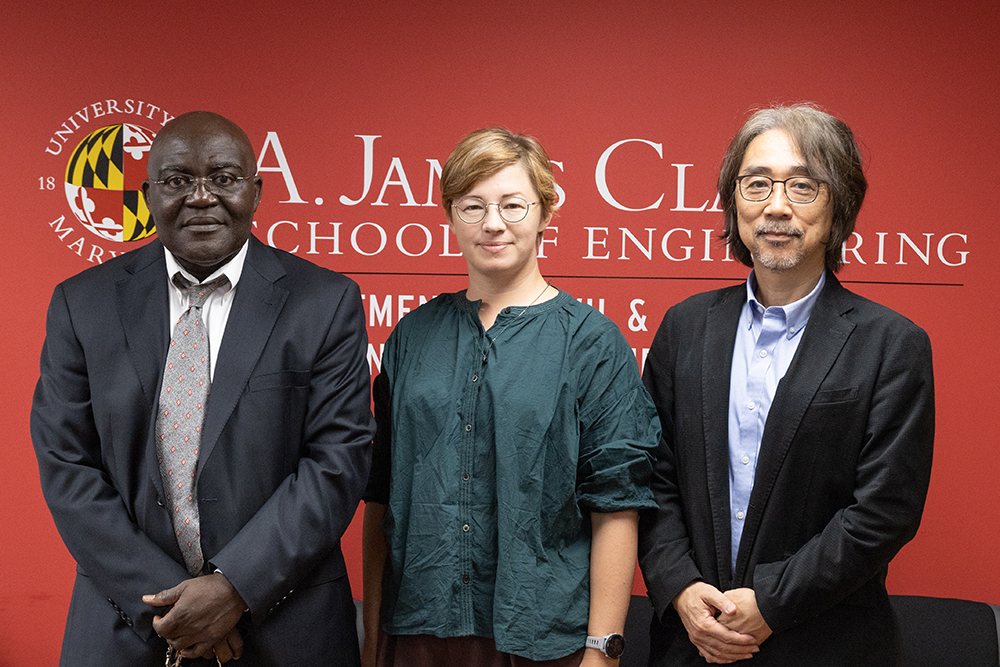