More than a billion people worldwide rely on meltwater from snow and ice for their freshwater supply. For Canada, northern Europe, Russia, Afghanistan, and others, effectively managing this icy resource is key to long-term economic, environmental, and social stability.

“We don’t really know how much snow is out there,” said CEE professor Barton Forman. “It is highly dynamic in space and time and difficult to fully characterize. The mass balance, as we say, has not been closed.”

Forman, along with graduate students Yuan Xue and Jing Wang, aim to close it. The former NASA researcher has developed novel techniques for synthesizing data from satellite images and global models to determine the mass of snow on earth at any given time and estimate how much water will be released when it melts.

The results could drive policy improvements on everything from sustainable agriculture practices to energy production to securing potable drinking water.

“Bart’s work is a perfect example of the real and lasting impact environmental engineering can have on economies and communities,” said Charles Schwartz, CEE professor and chair.

Forman’s approach takes advantage of advances in machine learning and the computing power of the University of Maryland’s Deepthought2 High-Performance Computing cluster, a supercomputer that ranked among the top 500 in the world in June 2014.

Regular images taken by a satellite that measures microwave photon emissions from earth are merged with predictions from snowpack, soil moisture, and other related models.

“Observations can’t be everywhere at all times, and models have their own limitations,” explained Forman, who has five ongoing research projects funded by NASA’s Goddard Space Flight Center. “Blending the two has the potential to bring us closer to the truth than either could alone.”

But blending is easier said than done. The brightness temperatures Forman extracts from the images collected by NASA’s Advanced Microwave Scanning Radiometer-E contain information about snow that can be used to determine how much is on the ground.

Those results, though, cannot be directly compared with the suite of data points used in global modeling.

Model predictions have to first be translated into information that can be analyzed alongside satellite observations using a machine learning technique designed to analyze data used for regression analysis. Forman and NASA physical scientist Rolf Reichle published the approach in the IEEE Journal of Selected Topics in Applied Earth Observations and Remote Sensing in 2014, the same year Forman was awarded the NASA New Investigator Award.

But the process doesn’t stop there. To ensure that errors aren’t introduced or magnified as new observations and predictions are continuously blended together, Forman relies on the same field of math that landed a man on the moon: control theory. It’s this phase that allows Forman and his team to estimate snow mass with greater accuracy than could be achieved with observations or models alone.

The full process has already garnered interest from policy makers and natural resource managers at home and abroad, including India, where underground aquifers depend heavily on snow melt and officials are working to harness snow-fed Himalayan waters for hydroelectric power.

For now, though, Forman and his team are testing and refining the approach by applying it to past events to see how well predictions align with reality.

“Predicting the future is incredibly powerful,” he noted. “But before we can confidently predict the future, we need to accurately reproduce the past.”

**This story has been edited to more accurately characterize India's efforts to harvest power from Himalayan waters. 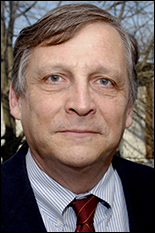