For years, women in the Architecture, Engineering, and Construction (AEC) industry have reported encountering an inhospitable career environment, one that presents formidable barriers to advancement.

Now a set of studies by UMD doctoral student Paul Hickey, working under the supervision of UMD CIvil and Environmental Engineering Professor Qingbin Cui, has confirmed not only that bias exists, but is pervasive and significant across the industry. 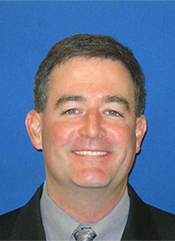 “The term that I use is sobering validation,” Hickey said. “Those of us who have worked alongside women in civil engineering and related fields have heard the stories. Until now, however, there hadn’t been any real quantification of the problem. A scientific approach was needed in order to drill down and identify what’s been going on. Now we can say ‘here are the numbers, and here’s what they show.’”

To arrive at their findings, the researchers combed through the websites of the top 400 engineering contractors, as well as company financial statements, pinpointing just how many women were represented on their leadership teams. In subsequent work, the team looked farther down the corporate ladder, tracking female representation at levels ranging from directors to executives.

Over half (53%) of women who achieve leadership roles have advanced degrees, compared to 31.2% of men, the researchers found. Their career ladders have more rungs, too—Linkedin profiles of successful women leaders in AEC show that they typically work for 56% more companies, hold 19% more job titles, and are 73% more likely to hold a graduate degree, compared to men.  As a woman’s perceived level of competence rises, her perceived likeability diminishes–a finding gleaned from computer analysis of the language used in LinkedIn recommendations, comments, and posts.

Men and women in AEC have such markedly different experiences that computer algorithms can readily be trained to predict gender based on career path data, said Erfani. “Our machine learning tools were able to achieve around 90% accuracy,” he said.

The hurdles found at all career levels may help explain why many women who study engineering in college do not end up building careers in the field. Even though women account for about 22% of all civil and environmental engineering degrees awarded during the past 24 years, they constitute only 10.9% of the AEC workforce and 3.9% of engineering executives.

"Until now...there hadn’t been any real quantification of the problem. A scientific approach was needed in order to drill down and identify what’s been going on. Now we can say ‘here are the numbers, and here’s what they show.'"

Notes Cui: “the bottom line is that women have to work harder to make it. And when they get to the boardroom, they still have to prove themselves in a way that is less true of their male colleagues.”

“Recruitment alone cannot solve the problem,” he added. “We’re  just not doing a good job of promoting women to leadership positions, where they can then become role models and mentors.”

In 2021, the team presented partial findings at the Groundbreaking Women in Construction virtual meeting. “The response was overwhelming," Hickey said. “People kept telling us ‘this is exactly what I’ve experienced in my career, but nobody would listen.’ ”

The study didn’t stop there, however. Hickey and his collaborators also examined cases where positive change has taken place–and were able to identify some of the reasons why.

One key indicator, he said, is whether a company has made a public commitment to diversity, equity, and inclusion that goes beyond the Equal Employment Opportunity required by law. “That could mean maintaining a diversity program, including diversity in the mission and vision statement, or even just commemorating events such as International Women’s Day,” Hickey said. “When a company publicly commits to diversity goals, it puts the spotlight on them and acts as a catalyst for improvement.”

Green companies—that is, companies that are focused on environmentally beneficial approaches to engineering—also tend to provide more opportunities for women, as do firms involved with public-private partnerships and other innovations within the industry, the researchers found.

Hickey has a personal reason for undertaking the research: he’s dedicated it to his late wife, Bonnie, a fellow Maryland Engineering alum whose career was in civil engineering. “I saw firsthand the kinds of obstacles she faced because of her gender,” Hickey said.

“We don’t want this to be a Ph.D. that sits on a shelf,” he added. “Our goal is to generate change and create opportunities in the industry.”

Papers detailing Cui and Hickey’s research have appeared in Journal of Management in Engineering (JME) and in a JME special collection on diversity and inclusion in th engineering-construction industry, A third paper is forthcoming. 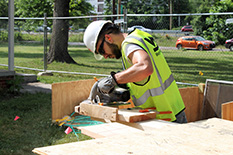 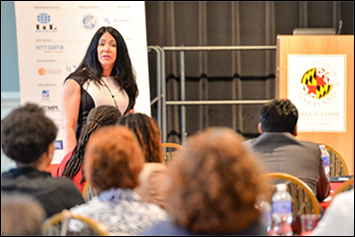 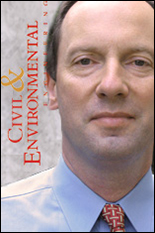