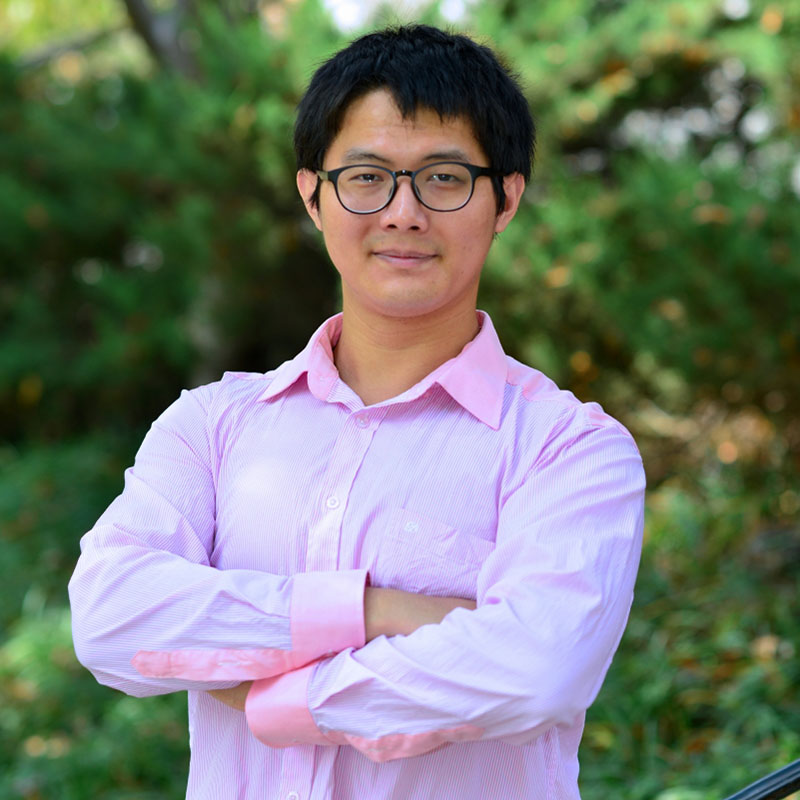 It’s really cool to share your ideas and learn a lot of things from others.

Zheng Zhu is a Ph.D. student specializing in transportation engineering; he has been in the Department of Civil and Environmental Engineering since 2012, studying under Dr. Lei Zhang. He received his master’s from the department in 2014. In Spring 2017, he also got his master’s in statistics, a degree he was pursuing at the same time as his Ph.D. in civil engineering.

Zheng is originally from China and did his undergraduate studies at Tsinghua University. In 2011, Dr. Ali Haghani and Dr. Lei Zhang went to Beijing to speak with Tsinghua students about the University of Maryland and CEE. His discussions with Dr. Zhang helped convince Zheng to come to UMD to pursue his graduate studies.

While his studies at Tsinghua had focused on hydrologic engineering, Zheng changed courses to focus on transportation when he came to UMD. He says he likes the way transportation involves “dealing with people,” and feels that improving transportation is “something we need to do to change the world.” Taking the course ENCE 670, Highway Traffic Characteristics and Measurements, helped him transition to his new area of specialization.

As an undergraduate, he had also been interested in math but hadn’t known how to use it to solve real-world problems. “But there are always problems in transportation,” he points out, and his mathematical knowledge helps him work on solutions. This is why he pursued his statistics degree; another of his favorite classes, a course in the math department called Computational Statistics, has been particularly useful to his research.

Zheng’s research focuses on real-time transportation simulation. It is funded by the U.S. Department of Energy, which uses the simulation model to estimate and optimize energy consumption. Transportation agencies also use the model outputs to try to optimize their operations. The project Zheng is working on involves a simulation of the whole D.C. area; it uses real-time “big data” to make real-time predictions, the accuracy of which can be quickly assessed. “You can know if you’re right with the model on a day-to-day basis,” Zheng says.

Zheng’s research group collaborates with the department’s Center for Advanced Transportation Technology Laboratory, which provides the initial real-time data. The simulation allows researchers to estimate traffic performance on I-495 at different times of day based on aggregates of that data.

Zheng won UMD’s Outstanding Graduate Assistant Award in 2017 after being nominated by Dr. Zhang. The year before, he was selected as a Future Faculty Fellow for the A. James Clark School. Zheng has also been involved in the Transportation Student Group in the department; a few years ago, he served as the activity coordinator for the group. He has also traveled for local and international conferences, which he enjoys: “It’s really cool to share your ideas and learn a lot of things from others,” he says, adding: “I’ve made a lot of friends at conferences.” One of the largest conferences in transportation is the Transportation Research Board Annual Meeting, which (conveniently for Zheng) is held in D.C. every year. Zheng says he sometimes lets conference attendees visiting from China stay with him to save them hotel expenses.

In his spare time, Zheng likes to travel for fun; he has visited Atlanta, Miami, and Disney Land in Orlando. Over Thanksgiving 2016, he visited Acadia National Park in Maine, where he enjoyed the natural beauty of the environment. Zheng also likes to play soccer and video games. The soccer team he plays on includes his friends from not only UMD but Johns Hopkins and Georgetown University as well.

Zheng plans to defend his dissertation in Fall 2018. After graduation, he plans to return to China, where his wife and young daughter live. He hopes to get a faculty position, but is open to the idea of working in the industry. Either way, there are sure to always be plenty of traffic problems for him to help solve. 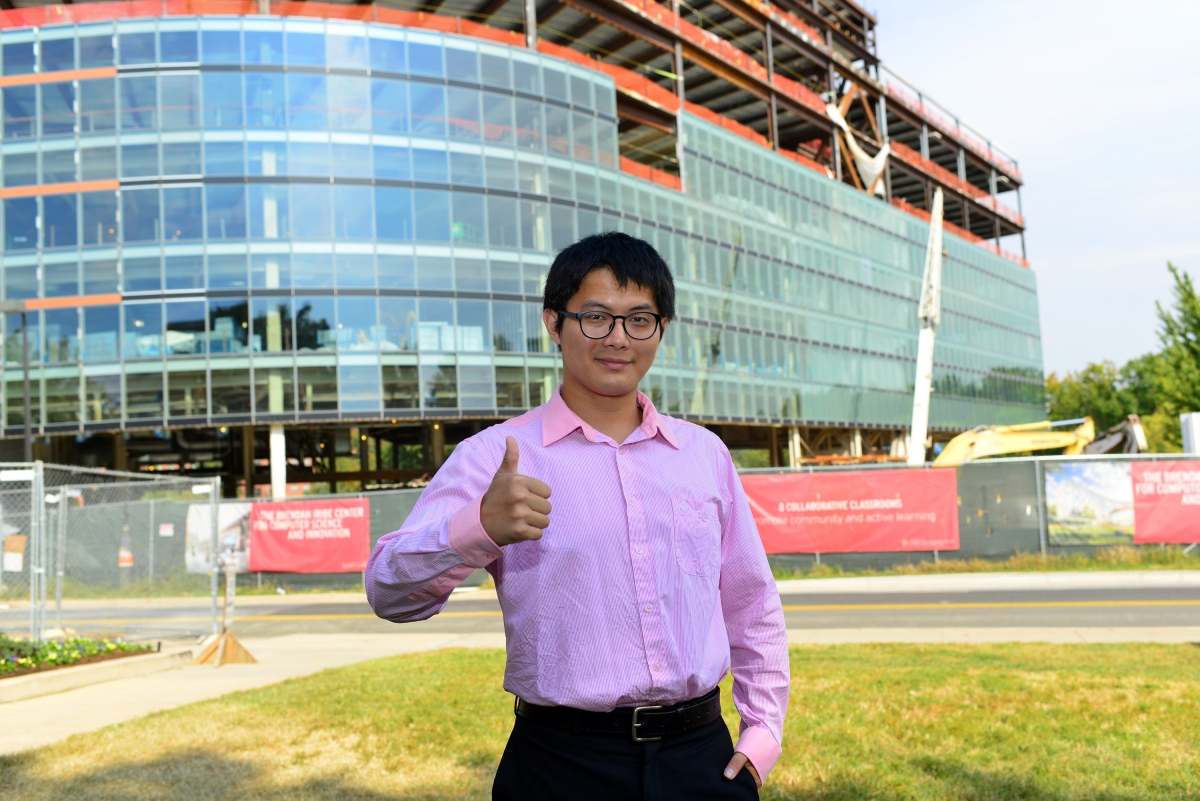