I definitely learned a lot from the [study abroad] project.

Samantha Arenberg decided to take ENCE489G in Greece for a combination of reasons. She was interested in the opportunity to go to Greece and also to go abroad without having to take a whole semester away from College Park. The course’s focus on sustainable infrastructure was also directly in line with her interests, and the chance to earn three credits for a spring break course was appealing as well.

The course was centered on a project that involved redesigning a city square in Athens that has a parking garage under it. To begin with, the students learned background information on water management, roadways, pervious pavement, and solar power. The project had three components: improving the roadways, implementing a good water filtration system, and installing solar energy chargers for cars. The third part of the project, involving solar energy, is the one Samantha primarily worked on.

“I definitely learned a lot from the project,” Samantha says. One thing she learned was “how holistic a project has to be” in order to be sustainable; she observes that it needs to be good for the people, the community, businesses, and the government not just the environment. She also appreciated how the course allowed her to explore and experience the culture “at more than just a touristy level.” She was struck by the fact that Athens is “a very urban city,” with stark contrasts of the ancient and the new, ruins and modern buildings, rich and poor. “Not everywhere is College Park,” she says, and for the project the students had to “analyze the differences” that would impact their designs. For instance, they had to take into account the stakeholders by paying attention to who was using the park and why.

One of the highlights of the trip for Samantha was hiking up to the Parthenon with some friends early in the morning, a trek that she calls “a physical triumph.” She also enjoyed smaller things, like noticing the way cats are “everywhere” in the city, coexisting with people. She would like to visit the islands in Greece again. She says she would recommend a course like this to other students, though, since there was so much to do while in Greece, she wishes the course had been two weeks instead of one. 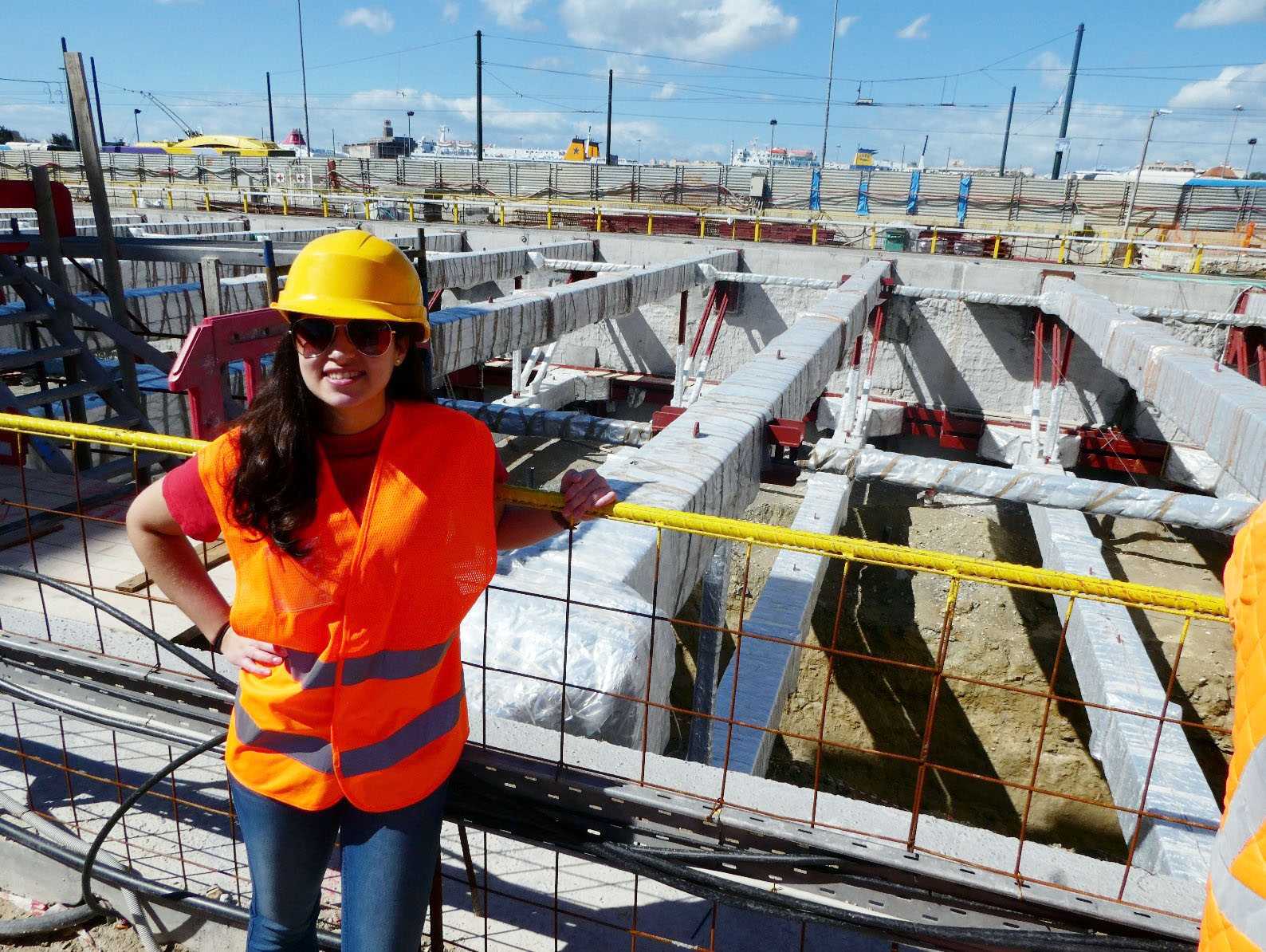