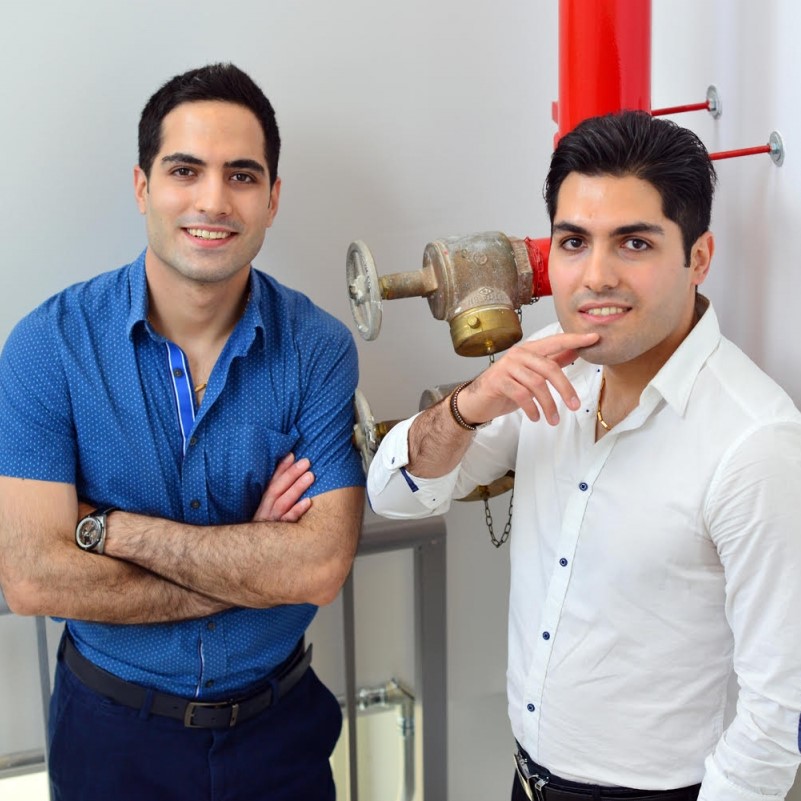 Arshia and Ashkan are two out of three triplets; their brother is studying Mechanical Engineering at the University of Urbana Champaign. They were born in Iran where their father owns and runs a company that constructs bridges and buildings. Their father’s work is what initially inspired them to pursue Civil Engineering. “We wanted to be like our father,” says Arshia. He adds that they were interested in structures because they “wanted to be involved in designing and calculations and more complex stuff.” Their mother, meanwhile, had always encouraged them to get their PhDs. 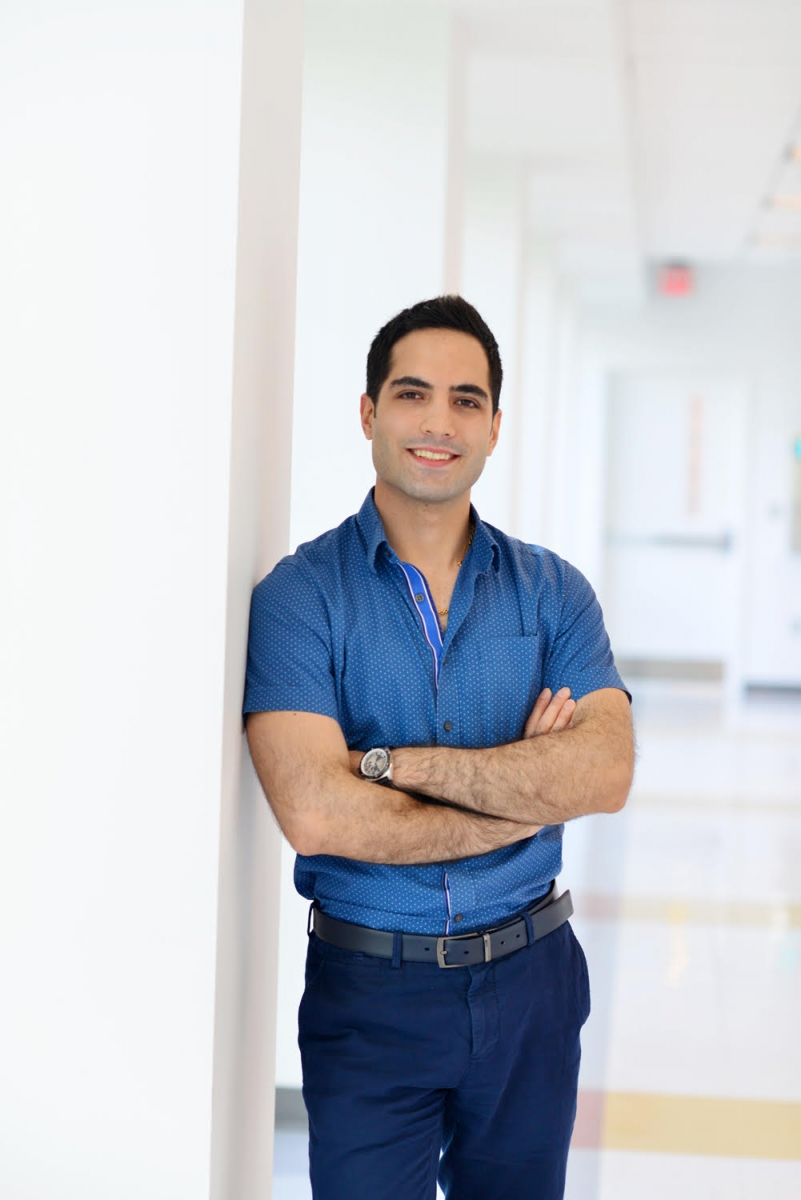 Arshia’s research involves self-centering structures, a new kind of seismic structure designed to reduce both damage and repair costs after earthquakes. Specifically, he is working on eccentrically braced frames. Besides working on designing two such structures at UMD, he helped remotely with the design for a project in China.

Ashkan’s research involves rate-independent linear damping, a new, causal approach which has a variety of applications from earthquake damage reduction to vehicle suspension. In the summer of 2015, he traveled to Japan to the site of a destructive 2012 earthquake to do tests with small-scale structures that used his approach.

Both Arshia and Ashkan have had teacher’s assistant positions here at UMD, Arshia for ENCE444 and Ashkan for ENES102 and ENES220. In their spare time, Arshia plays guitar and watches movies (he was also on the swim team for a time), while Ashkan plays violin and volleyball.

Arshia says his favorite thing about the CEE Ph.D. program is that it “covers so many subjects” in both courswork and research—everything from bridges to pavements. He also appreciates the “great facilities” offered by both the university and the Department of Civil and Environmental Engineering. Ashkan agrees, and says he especially appreciates the labs in the department. Thanks to the good lab devices, he says, “we can test anything we want.” Both brothers say they feel the program is diverse and inclusive. “This department is doing a good job” in that area, Ashkan says, and Arshia observes that as a TA he saw “students from many different ethnicities, girls and boys, from everywhere” in the classroom. 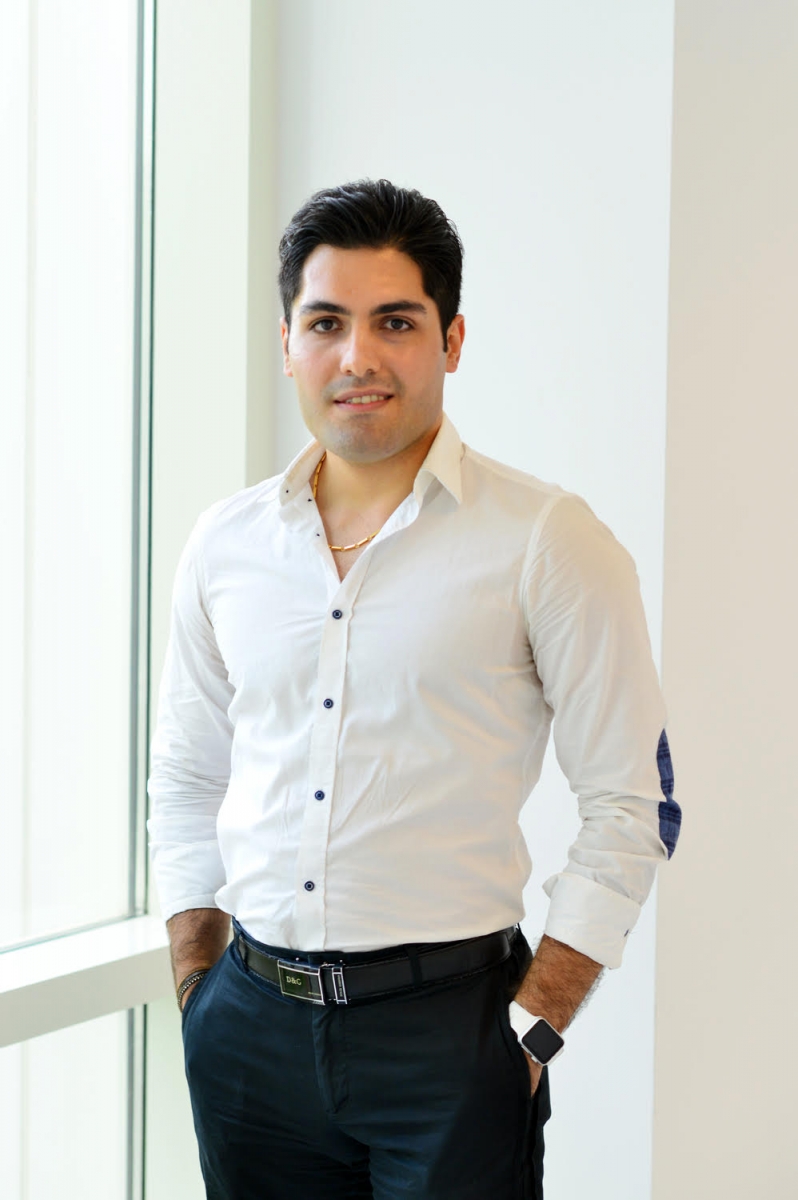 Arshia and Ashkan hope to graduate in Fall 2017 or Spring 2018. They are not sure about their next steps; both are considering going back to work at their father’s company, or starting their own company here in the United States. Arshia says he wants to see his designs in civil engineering books in the future. Ashkan is also considering applying for a faculty position either in the U.S. or in Iran, as he likes to teach.

Of their time at UMD, Ashkan says he is “really satisfied with my Ph.D. program and my advisor,” even calling the program “as perfect a thing as I could have imagined.” Arshia adds, “I’m proud to be a University of Maryland student."